Well that was fast. Not too long after we learned that actress Ciara Renée has been cast as Hawkgirl in the upcoming  Arrow/Flash spinoff series, the site KSiteTV is reporting that former “Doctor Who” actor Arthur Darvill has joined the cast as DC Comics time traveler Rip Hunter, and is more than likely one of the three new characters who hasn’t appeared on a TV  show before. 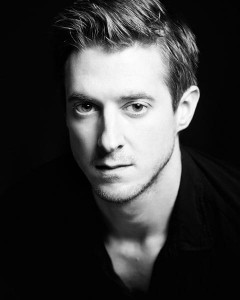 KSiteTV says they have gotten official studio confirmation that Arthur Darvill has been cast as a series regular, and describes the character as “a roguish time traveler who hides the strains of being responsible for history itself behind a facade of charm and wit.”

With time travel already being introduced in recent episodes of  “The Flash,” it’s not too surprising to learn that a time traveling character will be part of this new series, but it does make you wonder, with some of the other characters we already know will be a part of the show, just what kind of direction is this series being planned to go in?

We’ll see if anyone else get’s cast before the day is over, but for the full report on Rip Hunter being part of the series, head on over to KSiteTV.