Before we even see how “Arrow” season six ends later tonight, we already know when we can get our hands on the complete sixth season, as the details on the Blu-ray release have now been revealed.

Arrow The Complete Sixth Season Blu-ray set will be released on August 14th, 2018, and will contain all 23 episodes, and four featurettes.

Here is the official press release with all the details on Arrow The Complete Sixth Season Blu-ray release: 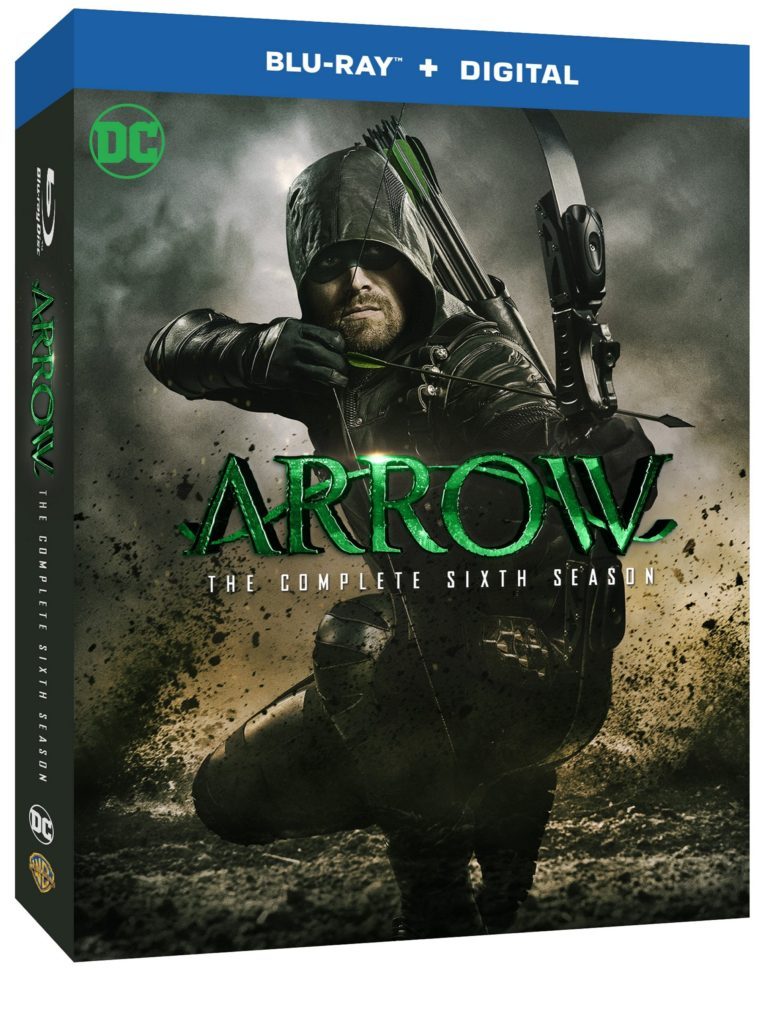 BURBANK, CA (May 16, 2018) –The CW’s longest-running DC series will be coming to a city near you on August 14, 2018 as Warner Bros. Home Entertainment releases Arrow: The Complete Sixth Season on Blu-ray and DVD. Averaging 2.3 million Viewers weekly for each original episode, Arrow is the #3 series on The CW season-to-date amongst Adults 18-34, behind only The Flash and Black Lightning.* The release contains all 23 exhilarating episodes from the sixth season, plus the show’s 2017 Comic-Con Panel, the crossover featurette and much more. Arrow: The Complete Sixth Season is priced to own at $44.98 SRP for the DVD and $49.99 SRP for the Blu-ray which includes a Digital Copy. Arrow: The Complete Sixth Season is also available to own on Digital via purchase from digital retailers.

“Just in time for the season seven premiere on The CW, fans can catch up on all 23 gripping episodes from the sixth season,” said Rosemary Markson, WBHE Senior Vice President, Television Marketing. “Arrow retains a solid fan base who can continue to build their collections with this latest season and enjoy the new behind-the-scenes extras included in the set.”

With Blu-ray’s unsurpassed picture and sound, Arrow: The Complete Sixth Season Blu-ray release will include 1080p Full HD Video with DTS-HD Master Audio for English 5.1. In addition to featuring all 23 episodes of season six in high-definition as well as a digital copy of the season, the 4-disc Blu-ray will also include all four crossover episodes, a tremendous value and collectors opportunity.

The Best of DC TV’s Comic-Con Panels San Diego 2017
The Split of a Man: Deathstroke
Inside the Crossover: Crisis on Earth-X
Revenge in Ones and Zeros: The Story of Cayden James