The title and story of this year’s four-part crossover event  between “Arrow,” “The Flash,” Legends of Tomorrow” and “Supergirl” has been revealed, and it sounds like a doozy!

This year’s event will be called “Crisis on Earth X,” and will feature a showdown between our heroes and their counterparts from Earth X, as well as the wedding of Barry and Iris. Here is the description of the crossover, as well as the awesome comic cover style image of the event drawn by comic artist Phil Jimenez, via Entertainment Weekly:

The Flash, Arrow, Supergirl, and DC’s Legends of Tomorrow will join forces in a crossover event called “Crisis on Earth X,” which begins production today. In this year’s crossover, all of the superheroes come to town for Barry (Grant Gustin) and Iris’ (Candice Patton) wedding; however, villains for Earth-X crash the festivities with a deadly agenda.

“We conceived this year’s crossover to be evocative of the annual Justice League/Justice Society crossovers we grew up with and looked forward to as kids,” said executive producers Marc Guggenheim and Andrew Kreisberg in a statement. 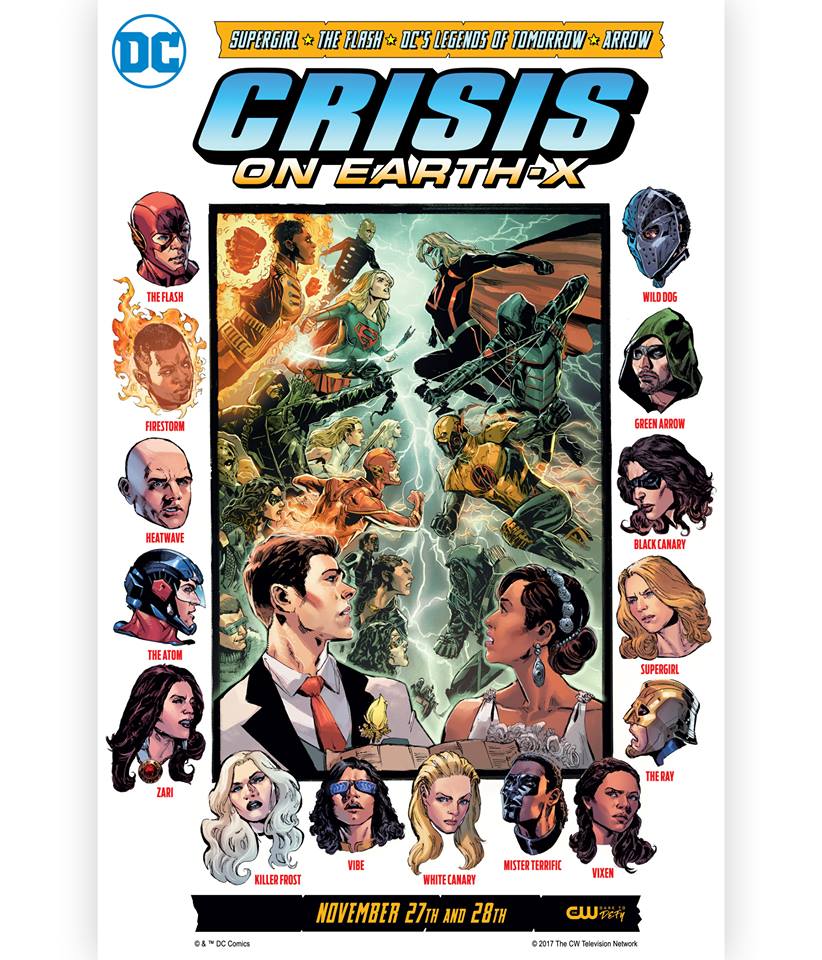 It was also revealed that this crossover will give us the live-action debut of the Ray, who can now been seen in The CW Seed animated series, “Freedom Fighters: The Ray.”

These crossovers have yet to disappoint me, and  “Crisis on Earth X” just looks to up the ante on them, as seeing our heroes face off again their evil counterparts is going to make for some amazing superhero TV action!