The CW has made a rather cool announcement today at the Television Critics Association event, as they just revealed that they are developing an animated series based on the DC hero Vixen. The best part of the announcement though, is that the series will be set in the same universe as “Arrow” and “The Flash”! The new animated series will be launching on The CW Seed, which is the network’s home for original digital content, and will be overseen by “Arrow” Executive Producer Marc Guggenheim.

If you’re not too familiar with Vixen, she first made her debut in 1981 with Action Comics #521, and  is a character who is able to draw her power from any animal. But like me, you might be most familiar with the character when she appeared on several episodes of the animated series “Justice League Unlimited,” where she was the love interest of Green Lantern.

The CW has also released two promo images of what the series will look like, which also gives us a great look at how Arrow and Flash will look in animated form, along with a synopsis of Vixen’s back story and her powers. 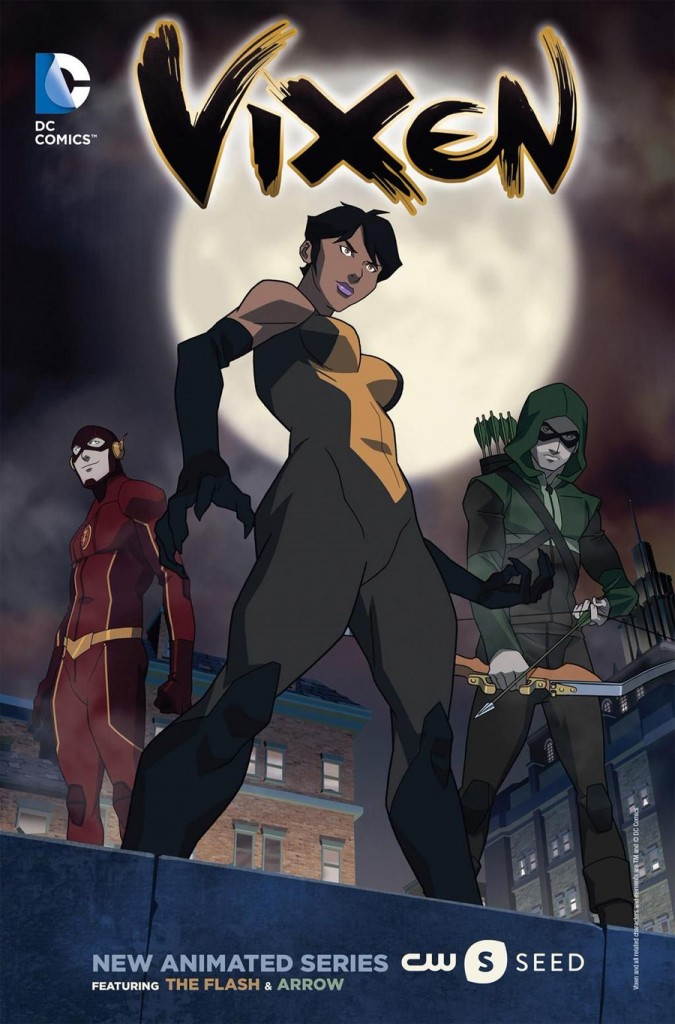 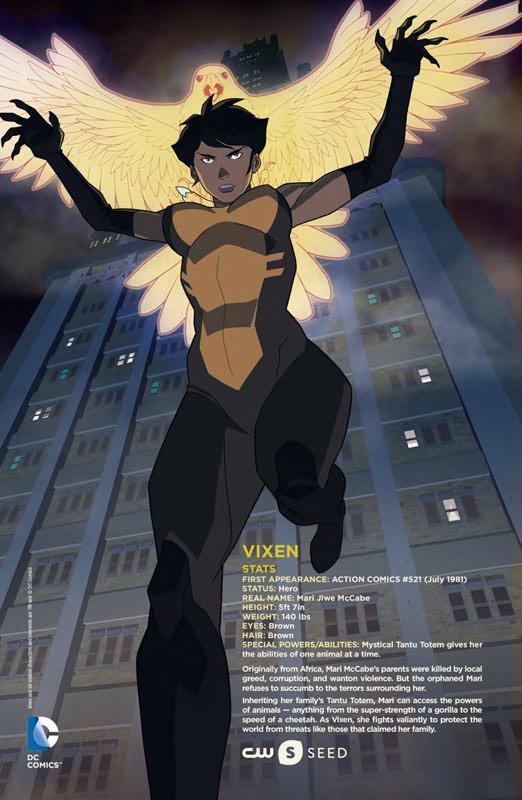 “Originally from Africa, Mari McCabe’s parents were killed by local greed, corruption, and wanton violence. But the orphaned Mari refuses to succumb to the terrors surrounding her. Inhereting her family’s Tantu Totem, Mari can access the powers of animals — anything from the super-strength of a gorilla to the speed of a cheetah. As Vixen, she fights valiantly to protect the world from the threats like those that claimed her family.”

The series is planned to be released next fall, but stay tuned as more details about the series will no doubt be revealed soon.