We knew he was showing up in season 3, but now we know who will be playing the iconic villain Ra’s al Ghul this season, and it will be actor Matt Nable! Stephen Amell took to his twitter account to make the announcement, and was later confirmed by The CW.

It was also revealed that Ra’s al Ghul will be showing up in the fourth episode of the season titled, “The Magician,” which is also the series fiftieth episode overall. Here is the official description of the character:

Ra’s al Ghul is an iconic villain from the pages of DC Comics. He is the leader of the League of Assassins, and father of Nyssa al Ghul (played by Katrina Law). Proud and unforgiving, Ra’s is a ruthless strategist, a master of martial arts, and a shaper of history. He carries the wisdom of the ages, and protects some of its greatest secrets.

Really looking forward to seeing the portrayal of “The Demon’s Head” on “Arrow,” as the crew have already done a great job portraying he League of Assassins last season, so I’m sure they’ll do justice to this big DC villain! 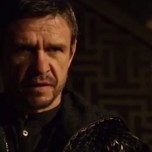 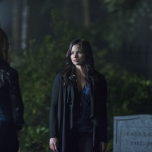