Earlier today we learned that actor Echo Kellum would be playing Mr. Terrific, and now we know who will be playing the other new character revealed at Comic-Con to appear in season four, the villain Anarky.

Comic Book Resources has the exclusive info that actor Alexander Calvert ( “Bates Motel” and “The Returned.”) will be playing Lonnie Machin, the alter-ego of Anarky, and will appear in the second episode of season four.

Here is the official description of how Anarky will be portrayed in “Arrow:”

“Lonnie Machin (AKA Anarky) is a deranged freelancing criminal who is willing to do whatever it takes to impress a potential employer.”

I’m sure we’ll be hearing more casting news for season four throughout the summer, so stay tuned! 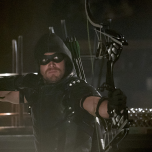