Some big and cool news has come out today from The CW’s upfront presentation, as Stephen Amell was on hand to reveal the first bit of details from next year’s DCTV Crossover event, and it’s a doozy!

After years of teases across all the Arrowverse shows, we will finally be going to Gotham City in next year’s event, and while no mention of Batman showing up has been announced yet, we will be seeing the live-action debut of another big part of the Bat-family, and that is Kate Kane, AKA  Batwoman. Here is what Stephen Amell and CW President Mark Pedowitz  said about the inclusion of Batwoman and Gotham City, via Entertainment Weekly 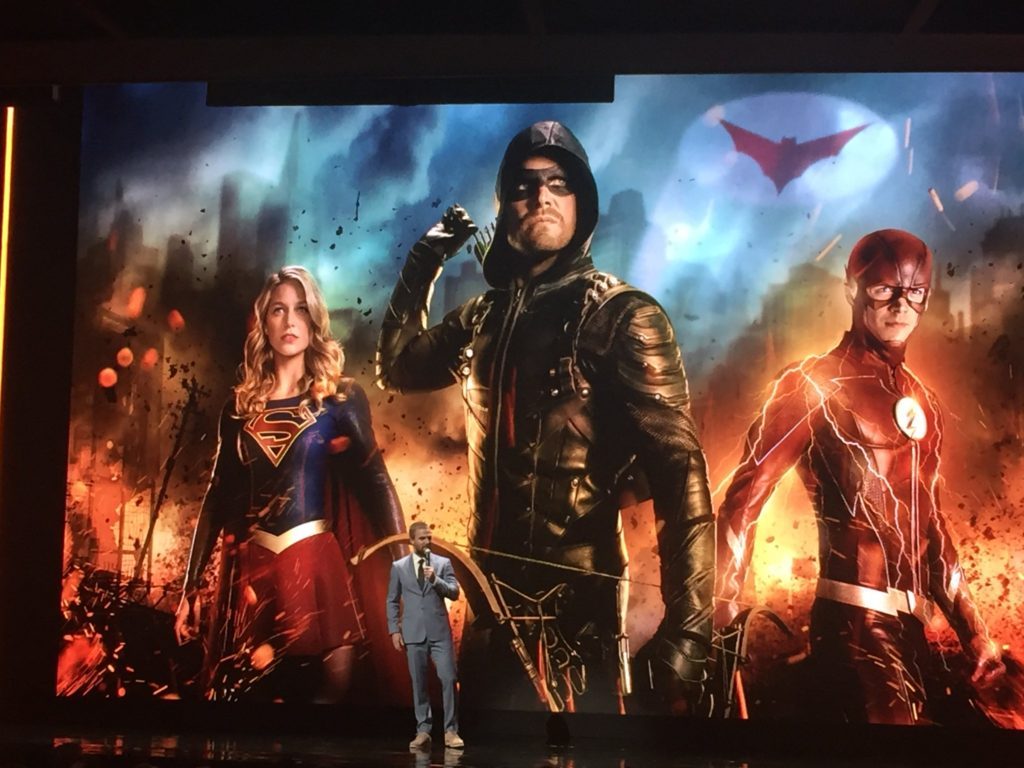 “We’re incredibly excited to announce that we’ll be doing another crossover event this fall on the CW, and we’ll be introducing a new character. For the very first time appearing, we’ll be fighting alongside Batwoman, which is terrific. The crossover is going to make it to air in December. I need to leave right now and start filming it.”

“We are adding the city of Gotham into the Arrowverse. “This will be another full-throttled, action-packed event,” said Mark Pedowitz.

As huge Batman fan, it is definitely some exciting news to finally get a bit of the Batman Universe incorporated into the Arrowverse. Though I am curious and a little bit cautious to see how they handle Batman if he will not be part of the crossover. If he’s not a part of it, I’m hoping they at least acknowledge his existence and explain why he’s not there, instead of just ignoring him altogether. We shall see.

Also revealed today is that “Arrow” is again switching nights for season 7, and will now air on Monday’s at 9PM after “Legends of Tomorrow.”

Before we get too excited for next season, we still got to see how season 6 of “Arrow” wraps up, so be sure not to miss the season finale when it airs later tonight at 9/8c!