Before season three of “Arrow” starts this fall, the story for season two is going to continue in the form of a new digital comic series set to launch in September, along with a new Flash comic series to tie-in with that show. It was announced over at TV Guide that the two new series will be called “Arrow: Season 2.5” and “The Flash: Season Zero.”  “Arrow: Season 2.5” will tie-in more with the actual TV series than the previous “Arrow” comic did, and it will be the same for “The Flash: Season Zero” as well. Here are some of the details that were revealed about both new comic series from TV Guide: 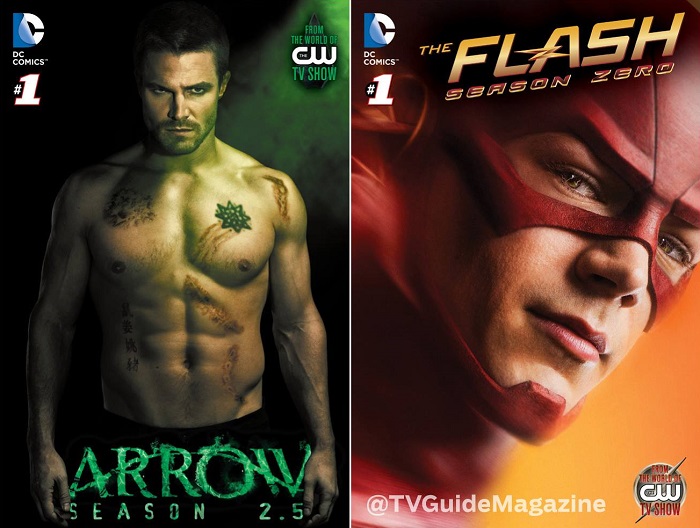 Arrow executive producer Marc Guggenheim is thrilled to be expand the show’s universe with Arrow: Season 2.5. Unlike the original comic’s self-contained chapters, this version will “tell one continuous story that I’ve separated into two-different arcs,” says Guggenheim, who is penning the series with Keto Shimizu, an Arrow staff writer. “It will take us from the end of Season 2 right up to the beginning of Season 3.”

Season 2.5 is being designed to fit seamlessly into the TV series’ storyline. “We’ve tried to put in all the elements that people like about the show, so there will be Oliver and Felicity banter,” Guggenheim promises. “We’re going to see what’s happened to Detective Lance after he collapsed in the season finale. A good chunk of the burning questions left over will get answered in the tie-in comic.”

Guggenheim’s fellow Arrow exec producer Andrew Kresiberg, who is now also showrunner on The Flash, is excited to give readers more of Barry Allen’s backstory as he settles into his new identity as the Scarlet Speedster. “Flash: Season Zero takes place between the pilot and episode 2,” Kreisberg says. “Barry will [already] be the Flash, he will have his team, everyone will be in that world, and we’ll introducing a new set of villains that we won’t be seeing on the TV show. It’ll feel like the same heart, humor and spectacle that you get watching Flash.”

Though The Flash (like Arrow) will be have a real world feel, the comic companion will embrace the franchise’s colorful roots. “The villains are a little bit more costume-y and a little bit more outlandish,” Kreisberg says. “They don’t necessarily have to be as grounded as on the TV show.”

I always love it when stories of a series or franchise can connect through different media, as it just adds to the overall story that you’re already enjoying, so it’s really cool to know that both “Arrow” and “The Flash” will be going this route with their new comic series.

“Arrow: Season 2.5” launches on September 1st, 2014, and “The Flash: Season Zero” on September 8th, where the two series will continue to alternate releases every Monday.

Be sure to check out the full details on this announcement over at  TV Guide.