The CW has now revealed the air dates for this year’s crossover event that will include “The Flash,” “Arrow,” “Supergirl,” and of course will see the debut of Batwoman.

Things get started on Sunday December 9th with “The Flash,” and will continue on Monday December 10th with “Arrow,” and will wrap up on Tuesday December 11th with Supergirl. Here is the promo art released for the crossover featuring our main heroes, and familiar looking signal shining in the background. 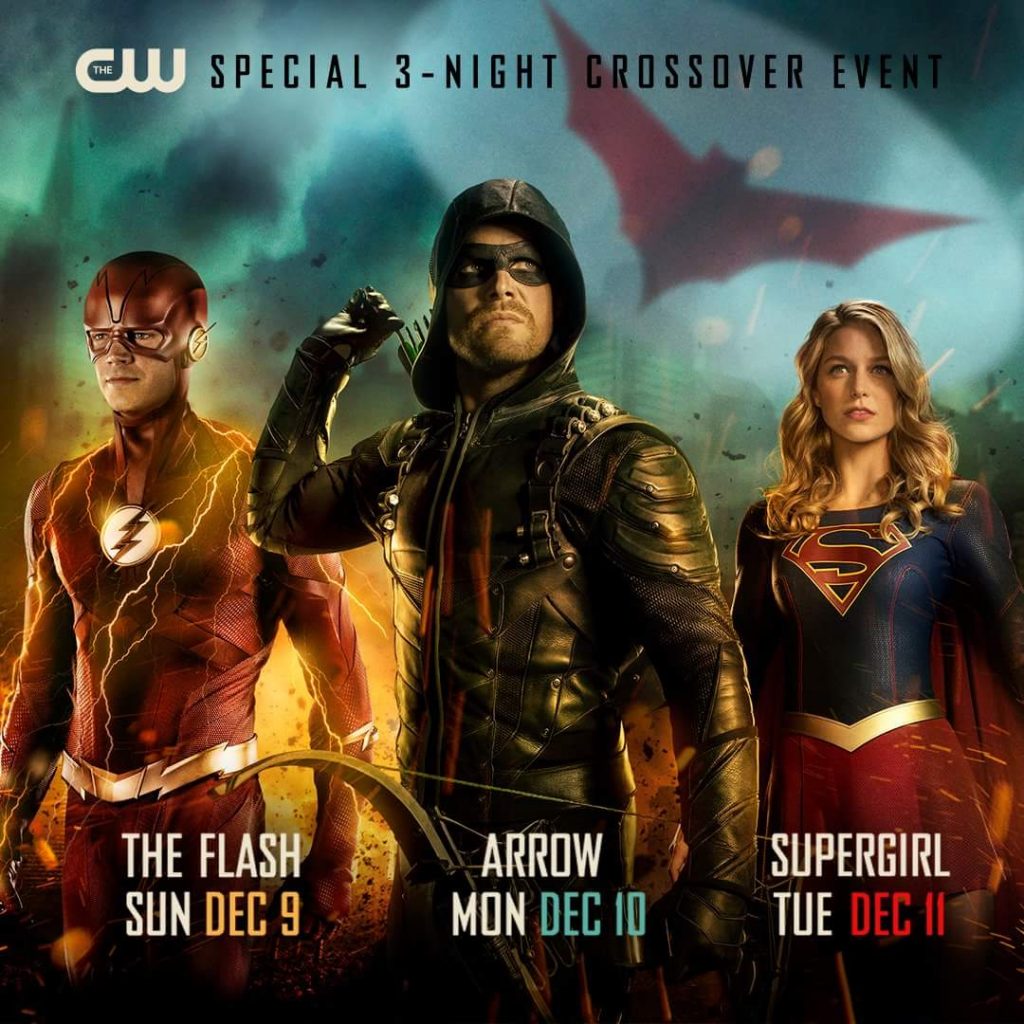 Really looking forward to this year’s crossover, not only to see the live-action debut of Batwoman, but also because I think it’s a good idea to scale back a little this year with only focusing on the three shows, and to tell a more focused story with these main characters while introducing Batwoman.

So mark your calendars for December 9th!