FOR THE NEW BATWOMAN LIVE-ACTION SERIES!

The Upcoming Batwoman Series On The CW.

Friday, August 17, 2018 – DC TV Podcasts, which is a podcast network for multiple high-quality DC Comics TV dedicated podcasts, is expanding with their twelfth podcast, as an iconic member of the Bat-family is coming to the silver screen: Batwoman Podcast, the Internet’s 1st dedicated podcast for the new Batwoman series on The CW!

Batwoman Podcast will be helmed by a trio of hosts, featuring new voices to the DC TV Podcasts Network: Rachel Eiley, Jessica Elaine, and Mimi Schweid will be joining forces to cover The CW’s Batwoman which is currently in development from Greg Berlanti and Caroline Dries.

Just like some of the other DC TV Podcasts, this show will have a “Season Zero” which will begin this fall leading up to the Arrowverse crossover in December. On each episode of the Batwoman Podcast, the hosts will do in-depth explorations of Kate Kane and the main characters as well as dissecting both past and current interpretations of Batwoman and the other characters throughout the prequel season.

In addition, they will also take a look at some of the comics featuring Batwoman in action while also focusing on the character’s appearances in the media, from movies to television as more information come out on the new CW series. Once Batwoman debuts on The CW, Batwoman Podcast will become your one-stop shop for all things related to the series. Andy Behbakht, host of The Flash Podcast and Titans Podcast, will work as a consulting producer on the podcast from behind the scenes with our trio of hosts.

Batwoman was announced to be in development by Berlanti and Dries for The CW on July 17, 2018, after it was revealed on May 17, 2018, that Kate Kane would be appearing in the Arrowverse crossover. Dries is writing the pilot as well as executive producing alongside Berlanti, Sarah Schechter, and Geoff Johns. Rose was then cast in the titular role on August 7, 2018.

LOGLINE: Armed with a passion for social justice and a flair for speaking her mind, Kate Kane soars onto the streets of Gotham as Batwoman, an out lesbian and highly trained street fighter primed to snuff out the failing city’s criminal resurgence. But don’t call her a hero yet. In a city desperate for a savior, Kate must overcome her own demons before embracing the call to be Gotham’s symbol of hope. Based on the characters from DC.

The podcast is now available to subscribe to on iTunes, Stitcher Radio, Spotify and will be available on Google Play soon. 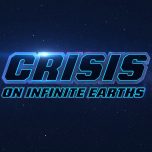 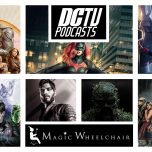