Today during Warner Bros. Television’s programming block at New York Comic Con, a new sizzle for “Arrow” season four was shown, which shows a lot of new footage and events that we can look forward to in the next few episodes of season four!

While the video starts off with lots of clips from the season premiere, the back half of the sizzle reel has lots of cool teases for season 4, which included shots of John Constantine, what happened to Ray Palmer, the League of Assassins, as well as Sara’s return, where we got a great shot of her in action again with Laurel and Thea!

Be sure to check out the sizzle reel in the video above. 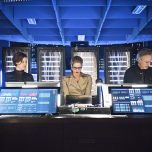 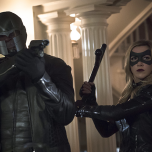